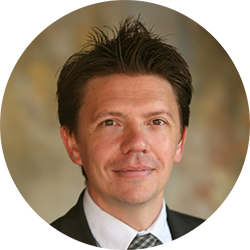 In case you missed it, a new Standard Flood Hazard Determination Form (SFHDF) was published on June 1, 2016, and is now available on FEMA’s website. If you didn’t know anything about this, you aren’t alone. We didn’t either until just recently. As far as we can tell, there has been no announcement by FEMA or, as of yet, no official guidance about when to start using the new form. Moreover, there has been no announcement from the FDIC, OCC, FRB or the CFPB, and it also has not been addressed in any trade association notifications we’ve seen either. This rainstorm literally flew right under the radar (pun intended).

You can review the new form on FEMA’s website (FEMA Form 086-0-32). You will see there are a few small differences than the previous version, which expired back in May 2015. According to the website, you can continue to use the expired SFHDF during the “phase in” period. The only problem is, with no formal guidance, we don’t know what that phase in period is.

Don’t worry.  We will continue to monitor the situation closely, and will address this further in our September Newsletter. We will provide you with any updated information that is available and everything you need to know to keep dry.